It was quoted by John Lyly that “marriages are made in heaven”, to think of it some people tag along and agree with it since they have found true love and unfortunately some might just profusely disagree with this quote. Are marriages really made in heaven? Is that why ever wedding ceremony done in a holy place? questions like this may arise when thinking of marriages to just even at the thought of getting married will trigger such thoughts.

To deal with those questions, first of all we need to understand what leads to marriage, should a perfect time be decided to get married? Is it even necessary to get married in a church or so? People fall in love, most of the time not just once. Love comes in different ways and different times, people say the love that comes in the most unexpected way is the best kind of love. You wouldn’t if this would end in love, you wouldn’t if you had fallen in love, but you do know you don’t want to let go of this person that is when you know you’ve probably fallen in love.

Love is an important feeling that is needed in the world right now, with increasing hate and tension around it would be wonderful to come to someone you love isn’t it. To come to home to someone you love, and tell them about how your day went and to know about how their day was, would all in all be a special experience, more than calling it special it is indeed such a relief to come from a world filled with tension, deadlines and work to come home to a world filled with love is indeed a blessing. We sometimes then hope and thank god that this love and this person stays with us forever and this continues to be the same, it is all counted as a blessing from god, well indeed it might be after all.

To Discuss more about marriage

We often confuse love and then eventually end up getting married which does not long. Love may come at any stage of our lives, when we were attending school, college or at the work place. The problem is some of us might have been alone for a long time and the slightest affection shown by someone might be mistaken for love. The love you develop during school days is often called as “puppy love”, known to not last long, as we might think it will during that time. Often with the girlfriend or boyfriend during school times only we tend to discuss more about marriage, about how the marriage would be, how many people will be there and what time you both might get married and so on. What our younger selves at that time do not know is that, all of that marriage scenario might not happen at all let alone if they would be together that long.

Love during college time, just because you entered college it does not mean you are ready to fallen in love and have a wife or husband of your own. Love is all about maturity after all, some younger people who fall in love immediately assuming they are old and matured enough to get married do not think of the future consequences they have to face in the real world in which they have to live alone by themselves.

Divorces sometimes happen because people do not understand each other, they fall in love to quickly and think this is all great and therefore even without getting to know each other properly they get married. To think of it, if you are going to get married in another five years or maybe even ten what is the hurry anyway right, you have to ask yourself would you choose a wedding dress or suit five years earlier than the wedding month? Your answer would most definitely be no, because times change you might change you might not like what you chose five years earlier, or what you chose five years earlier might not fit you because you have changed as the person you were five years ago.

Choosing a partner to get married

That is the same with choosing a partner to get married, you cannot immediately choose someone who you have to live with for your entire life. Most couples live together initially before getting married they get to know each other and then they get married, now this gives a better understanding about how the partner is and if you feel like this would not work for a lifetime then you separate and since you are not married there is no hassle and you are not left heartbroken. Why do people sometimes then say god hates divorce? Every wedding takes place in a holy place, for example a Christian couple would get married in a church and a Hindu couple may get married in a temple and so on.

If not even according to the modern trends there are outside weddings and different destination weddings that happen, these weddings may not happen in a holy place but it does anyway might or will definitely include a priest. God is somehow always present in weddings, and therefore when a couple gets married they say the match is made in heaven by god. As said god is present in some way during a wedding to bless the couple, and surely the most ultimate thing is for the couple to happy and be in good health.

Getting a divorce and staying away from each other may all seem well off, but why people say god hates divorce is often because you once believed that your match was made in heaven it after all was that is why it is holy matrimony, only by the law the couple that married gets separated by law that is divorce do they get separated by the love and the match that was made in heaven or the holy matrimony. People often forget that god is watching over them, god will help you and guide you but at the end of the it is your actions that take you where you want to go.

That is why people often say god hates divorce

Once a couple slowly starts to grow out of love, god may send signs that their relationship needs to be mended but you may blindly ignore it due to many reasons. One of the common reasons would be that due to the work tension you have you may ignore your partner entirely and the signs god sends you, lack of communication develops, lack of communication is the root cause for a relationship to end and fall off eventually which leads to divorce, as to why god hates divorce is because god gave you signs and god would have guided you both to stay together but what you both eventually decided is to separate from each other that would mean that the efforts of god was in vain, you both were meant to be together by god but you decided that you both should stay away from each other and that is why people often say god hates divorce.

One other reason you may, avoid god signs are that you may have fallen in love with some other person than the one you are already married to, which is not what god decided it was a holy matrimony and you decided to go against it and when even god guides to say that your spouse is who you should remain with you choose to differ at the end of the day as said god will only guide you put yourself to where you are. The first few months after divorce is difficult, to go through specially if you are alone and you had company all along and that now it is gone you start to realize how good that relationship was and how much you took it for granted, you tend feel depressed and sad eventually not being able to cope now god would not like to see you in that miserable way because you both were meant to be and you chose not to and ended up being as how miserable you are, god would hate to see you in that position as god wanted you to be in a good and happy relationship.

If a couple gets divorced after having a child together, the child is left alone although the child may still stay with one parent it is not still a complete family. Children are often said to be blessings of god, and since a couple decides to get divorced they often forget what they put the child through.

Marriage is very important part of our lives and most importantly a blessing from god choose wisely and try to stay in love forever as it is not entirely impossible to show some love. Spread love and stop the hatred towards the person you were once full of love with.

How to start a conversation on tinder? 8 intriguing tips! 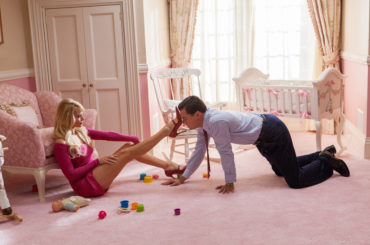 16 Signs a woman is attracted to you sexually 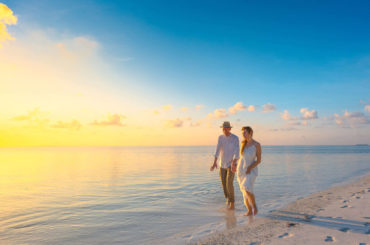 9 Little-known signs your ex will eventually come back

5 Signs a female coworker likes you but is hiding it